Colorado Democrat seeking to unravel the mystery of hospital costs

Colorado Democrat seeking to unravel the mystery of hospital costs

Colorado sends about $2.9 billion annually in state and federal dollars to hospitals across the state, but the agency that regulates the hospitals doesn’t really know how it’s being spent.

Lawmakers from both parties have wanted to change that for years, but they could never agree on the details. Now, Democrats see their control of the statehouse as an opportunity to unravel some of health care’s mysteries as well as some of its costs.

“It’s like trying to put together a puzzle when you don’t have all the pieces,” Rep. Chris Kennedy, D-Lakewood, said. 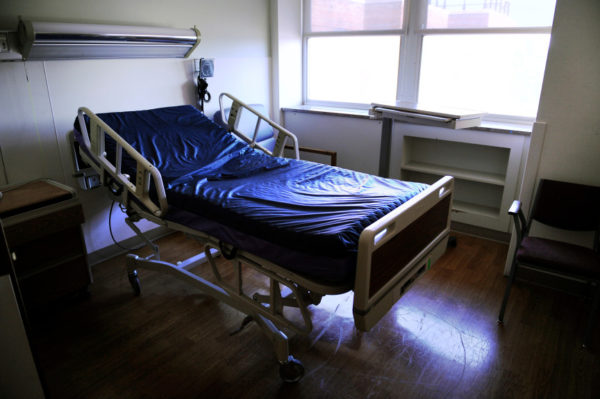 The missing pieces make it hard for state regulators such as the Department of Health Care Policy and Financing to see whether payments for Medicaid, uncompensated care and hospital provider fees improve patient outcomes. The data the state has collected — for instance, that Colorado hospitals spend 33 percent more on construction and administrative costs per patient than the national average — tells Kennedy that perhaps those dollars are being spent in ways that contradict the goals of those state and federal programs.

Overall reimbursement from the state when compared to the cost per patient has increased 153 percent since 2009, according to a December 2018 report from the Colorado Healthcare Affordability and Sustainability Enterprise (formerly known as the hospital provider fee). During that same time the amount people with private insurance paid above the cost of their services increased by 63 percent.

“We have been pumping more and more money into the system, but the costs for patients have been going in the wrong direction,” Kennedy said.

He wants to figure out why that’s happening and hopefully lower the amount people with private insurance pay for hospital services by changing the financial reporting rules. HB19-1001, the first House bill of the 2019 legislative session, would direct hospitals across the state to share things such as staffing information, annual financial statements and uncompensated care costs. It’s scheduled for its first hearing Wednesday.

“If we give regulators the tools to do their jobs, the hope is they can be more effective,” Kennedy said.

Kennedy tried to pass a similar bill during the 2018 session, but it died in the Senate, where Republicans held a majority. Sen. Jim Smallwood, R-Parker, sponsored the 2018 bill, but he found himself backing away from it over differences with Democrats about how much financial data they really needed from the hospitals to get a clear picture.

A Colorado lawmaker wants to make changes that would shed more light into how hospitals are spending state and federal dollars, The Denver Post reported.

Rep. Chris Kennedy, D-Lakewood, is sponsoring HB19-1001, which calls for the state’s department of healthcare policy and financing, in consultation with the state’s healthcare affordability and sustainability enterprise board, to develop and prepare an annual report showing uncompensated hospital costs and the different categories of hospital spending.

The bill would require Colorado hospitals to provide the department with hospital cost reports submitted to CMS; annual audited financial statements; the amount of unreimbursed care; and the gross patient service revenue.

“If we give regulators the tools to do their jobs, the hope is they can be more effective,” Mr. Kennedy told the Post.

The bill comes after a Post investigation last year revealed that the average capital and administrative costs of a hospital visit in Colorado increased at nearly double the rate of the national average from 2009 to 2016. The publication also cited a December 2018 report from the Colorado Healthcare Affordability and Sustainability Enterprise, which found that reimbursement from Colorado when compared to the cost per patient has climbed 153 percent since 2009. At the same time, the amount privately insured individuals paid above the cost of their services rose 63 percent.

A hearing on the bill is scheduled for Jan. 16.

It was a busy week at the State Capitol as lawmakers started debating an initial round of bills at committee hearings and Gov. Jared Polis issued his first executive order to promote electric vehicles.

Here are some highlights, and some things to look for when lawmakers come back on Tuesday.

Some potentially impactful legislation has already passed through committees at the Capitol.

One bill getting early support is a measure that aims to add more transparency to hospital costs. The bill from Democratic Rep. Chris Kennedy would require hospitals to provide the state with a more detailed spending report each year. Proponents say it will allow the state to see and flag any excessive or wasteful spending. The bill passed an initial vote in the House Health and Insurance Committee.

In a Senate committee, a bill that would give the state more resources to combat the problem of drones interrupting firefighting operations passed unanimously.