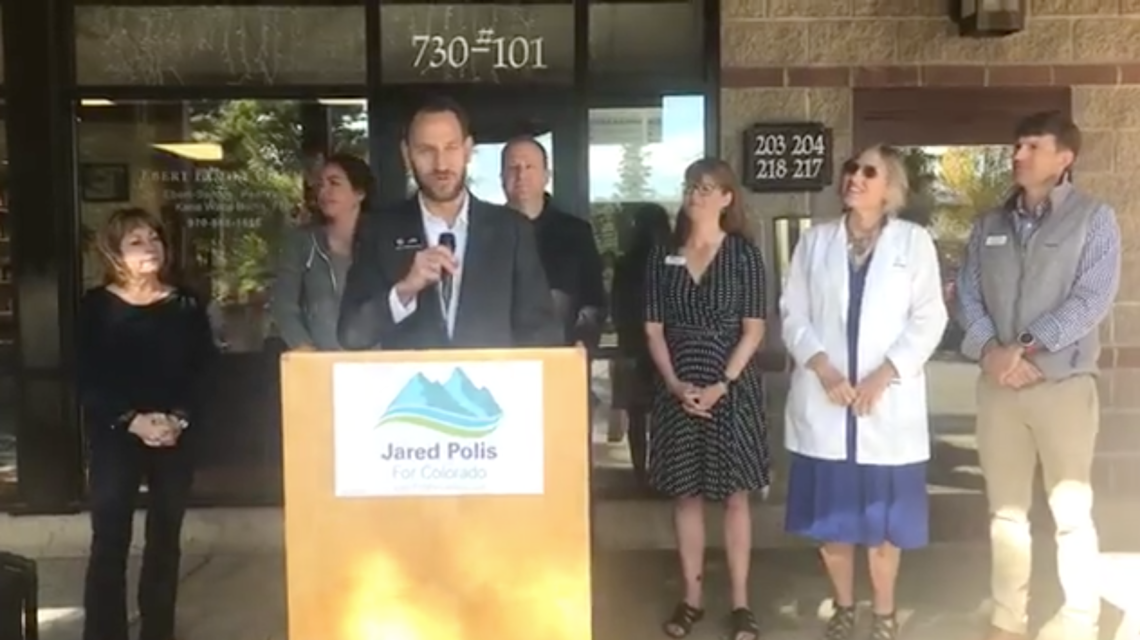 Saying it could save Coloradans up to 40 percent or more on their health care costs, gubernatorial candidate Jared Polis rolled out a 100-day, multi-point roadmap Monday in Frisco to reform the state’s health care system.

Winning the democratic primary in June, the congressman from Boulder is set to face Republican Walker Stapleton in the November election. While many in the GOP believe surging state and national economies will rank high on voters’ minds at the ballot box, Colorado Democrats are appealing to people with promises of lowering the cost health care and framing it as an economic issue.

“You know, health care is an important issue because it’s a big part of our economy and it’s a big cost factor that affects Colorado families,” Polis said before his running mate, Dianne Primavera, added that the Medicaid expansion brought roughly 20,000 new jobs to Colorado alone.

Polis decided to roll out his plan at the Ebert Family Clinic in Frisco, he said, because of Summit County’s unique position as a superbly healthy community that pays too much for health care.

By almost every measure, Summit is one of the healthiest places in the U.S. The county has earned a No. 1 nationwide ranking for life expectancy, has one of the lowest cancer mortality rates and stands as one of the leanest counties in the country’s fittest state.

Despite all that, Summit still has some of the highest health care costs in the U.S. with locals often paying three to five times what they would for the same care on the Front Range. Those costs are frequently passed onto consumers in the form of higher health insurance premiums here, too.