The Expulsion of A Serial Sexual Harasser

On Friday, I voted yes to expel Representative Steve Lebsock from the Colorado House of Representatives. A thorough, independent investigation reviewed 11 allegations from 5 women and found them all to be credible. One incident that stood out to me was when he solicited sex from a female lobbyist who had stopped by his office to talk to him about a piece of legislation.

This was probably the most serious vote I’ve been asked to take since being elected, and I did not arrive at my decision lightly. I read the redacted report and all related materials that were made available for those of us voting on the expulsion resolution. I was sufficiently convinced that Rep. Lebsock’s behavior has been both severe and pervasive, and there is no place for such behavior in any workplace, let alone the State Capitol.

You can hear my remarks during Friday’s debate here: 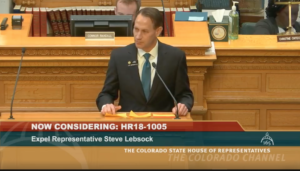 I am so proud of the conversation we had on Friday. Members of both parties took their responsibilities very seriously and worked through a difficult decision about expelling a member for the first time in 103 years. At the end of the day, 16 Republicans joined 36 Democrats in casting their vote to expel. 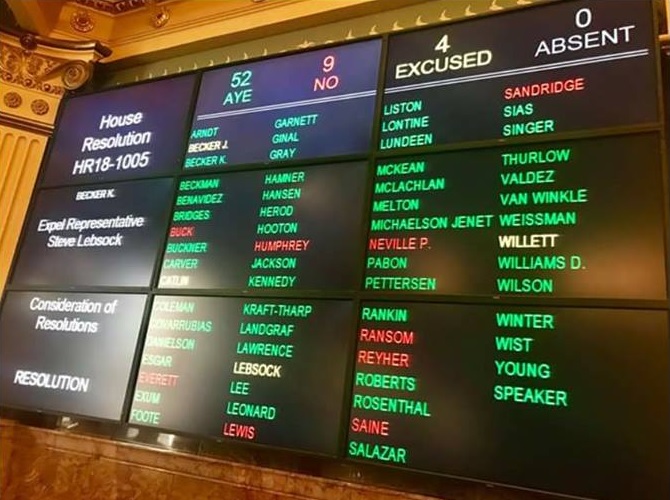 We were called upon to make a decision that was not about the fate of one man – it was about whether or not we would continue tolerating sexual harassment in the workplace. Now that we’ve taken this step, we must move forward with a commitment to changing this culture and setting a new standard at our own workplace and workplaces across our state and country.